I was invited to Psyche to take a peek at the brand spanking new e-commerce site that has been designed by award winning e-commerce specialists, Visualsoft. This launch, along with a catwalk show of Psyches Autumn/Winter 2015 collection, was just right up my street. 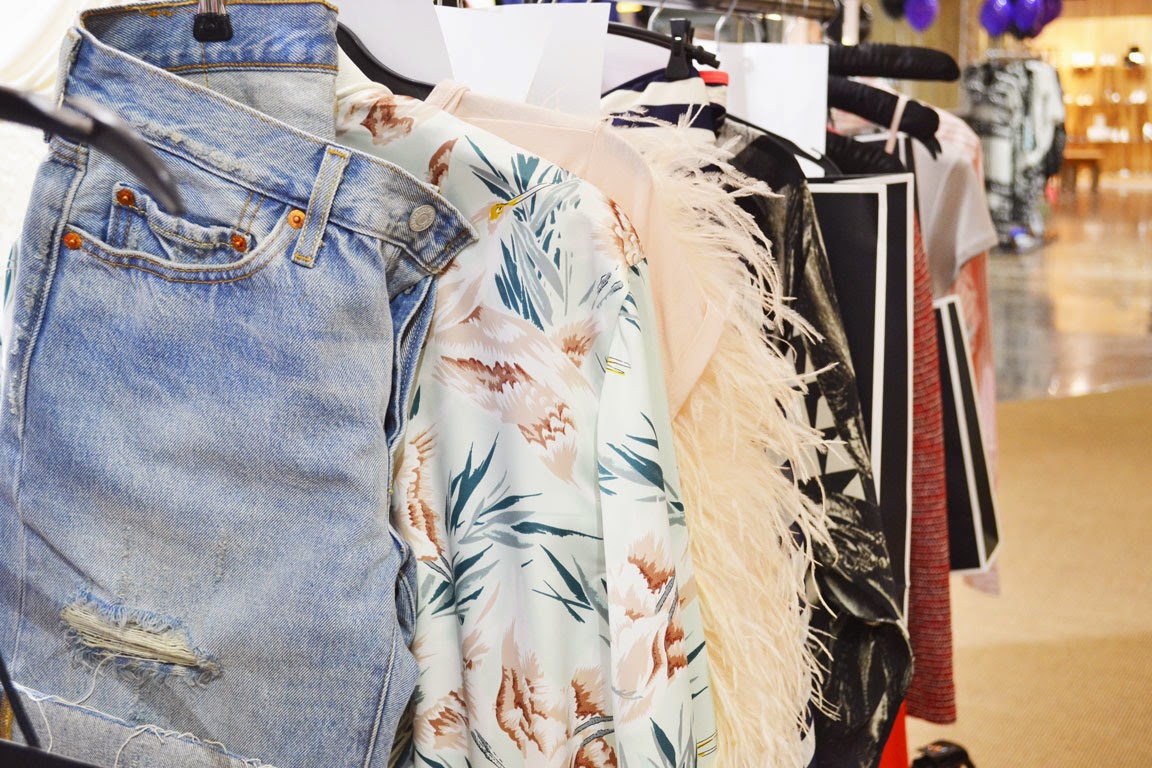 On arrival we were treated to some complimentary drinks upstairs by the balcony, which was overlooking the catwalk show – it was all very glam. 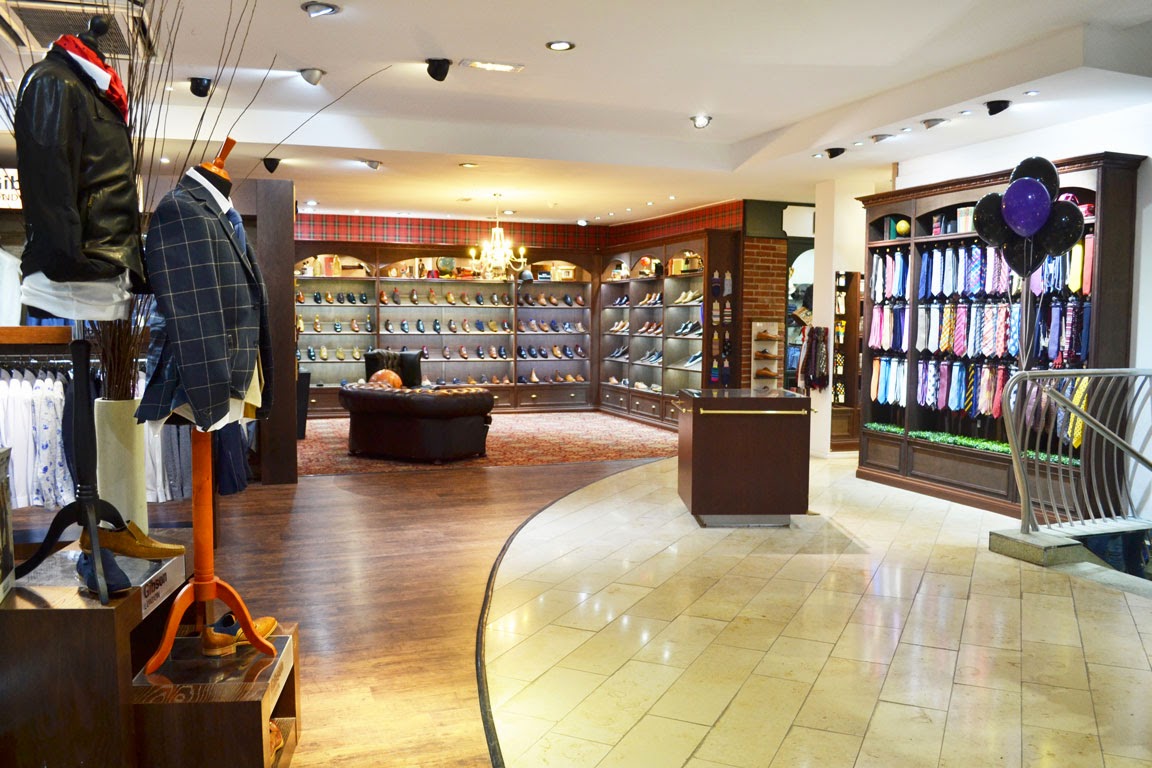 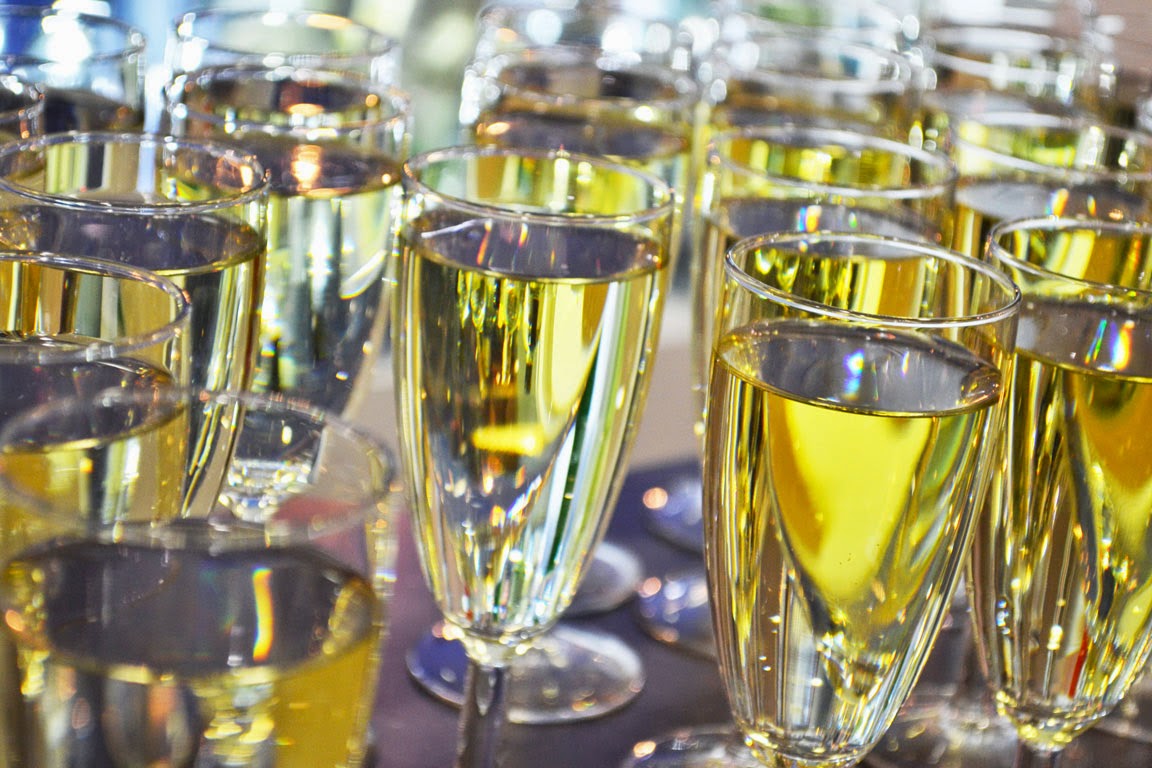 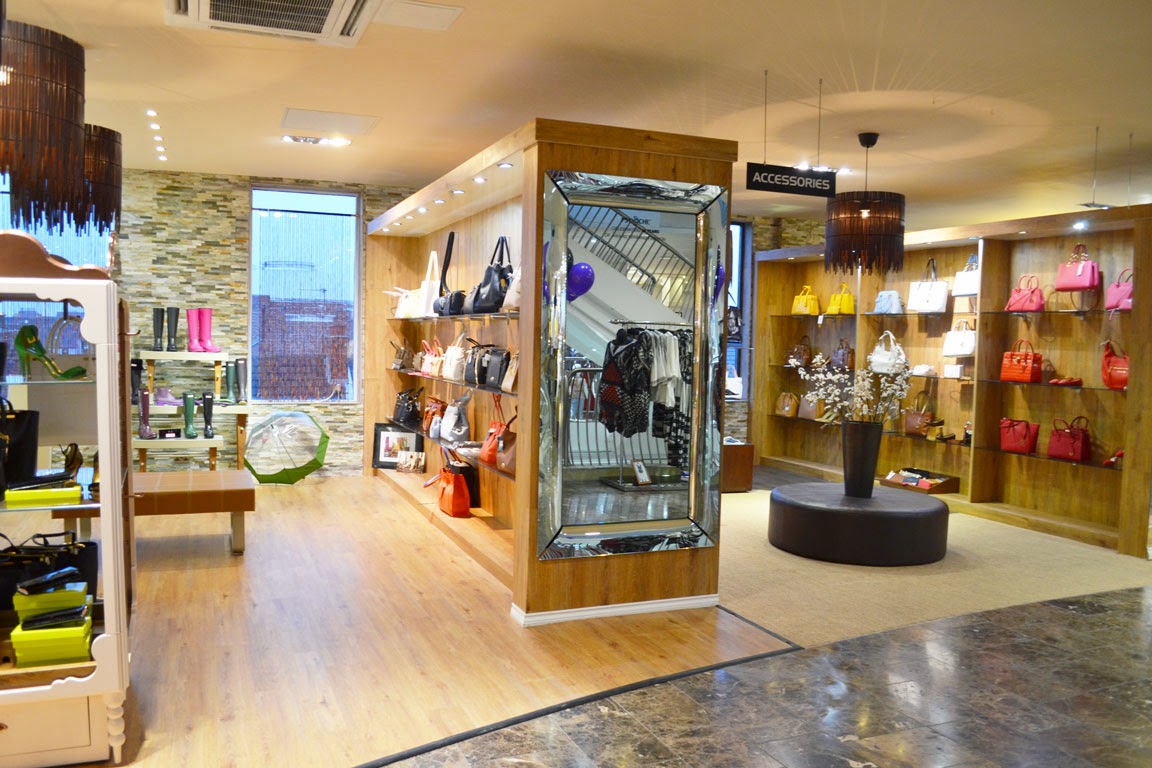 As the store was filling up I decided to seize the opportunity and get some behind the scenes snaps of the models and shop layout before it got too busy. 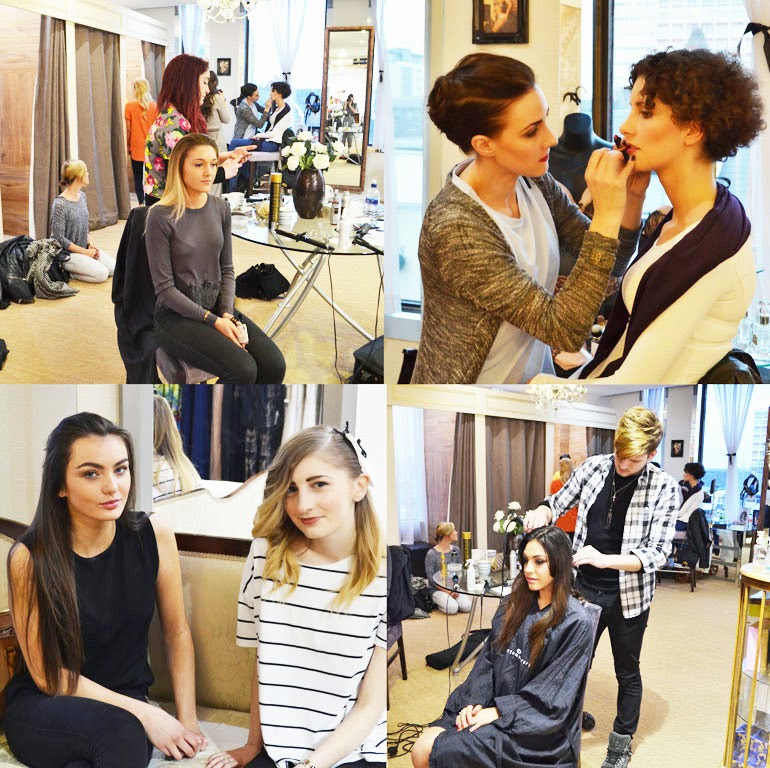 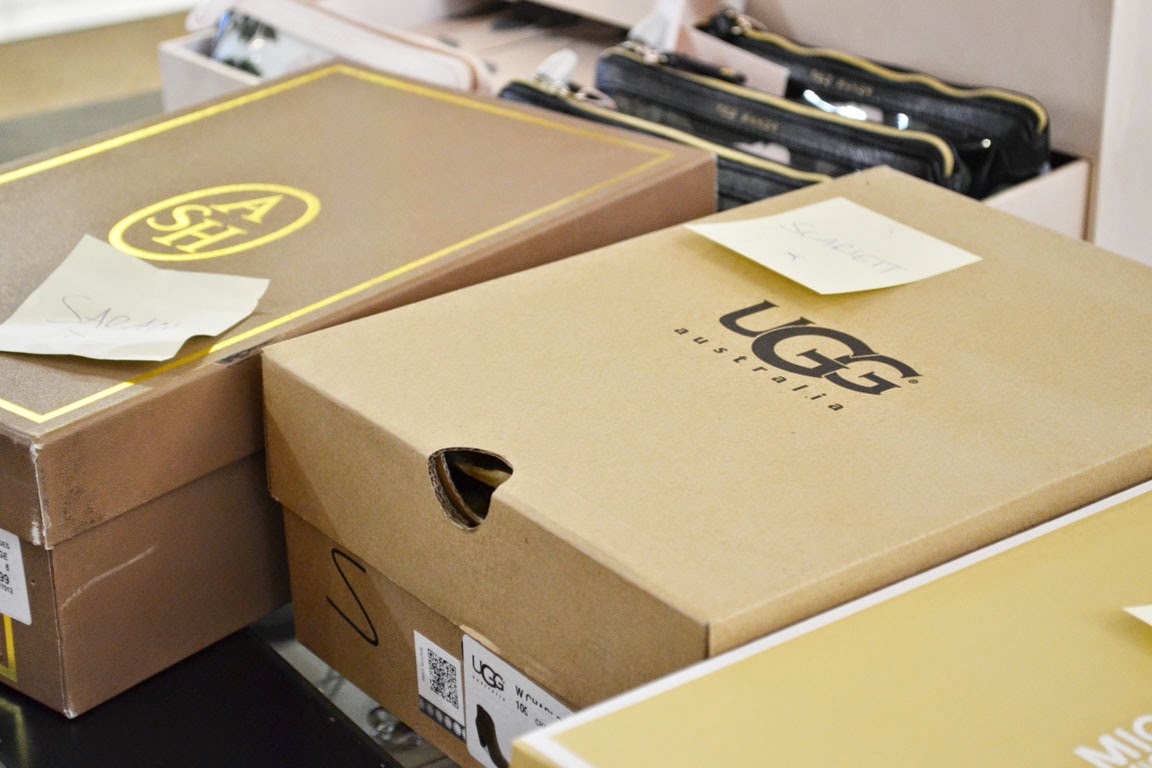 As everyone descended downstairs to take their positions for the show, I managed to get a few minutes with some men of the moment including the store’s Managing Director Steve Cochrane and Andy Preston, who is running for Mayor of Middlesbrough. 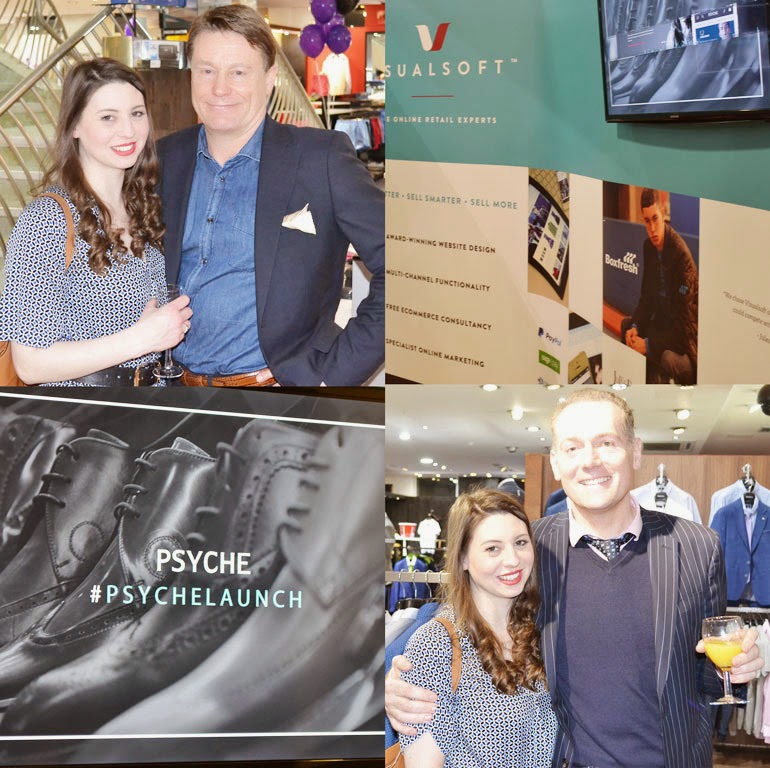 After some brief introductions from Steve and Dean Benson owner of Visualsoft, it was down to Dr Adrian Davies, Chairman of the South Cleveland Heart Fund, to take to the stage and tell us all about where the funds from tonights raffle and auctions were going and what they are used for. South Cleveland Heart Foundation is quite close to me and that made my little soft spot buy a few too many raffle tickets! I was certain that the black cat running in front of me that morning meant that I was onto a winner, but the sneaky cat well and truly fooled me. But hey, all in the name of charity! 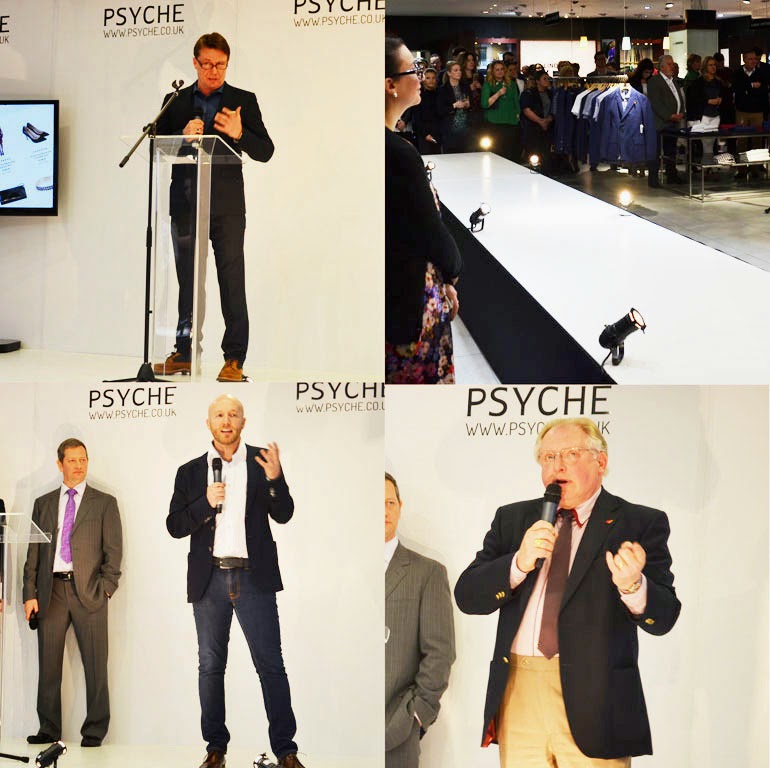 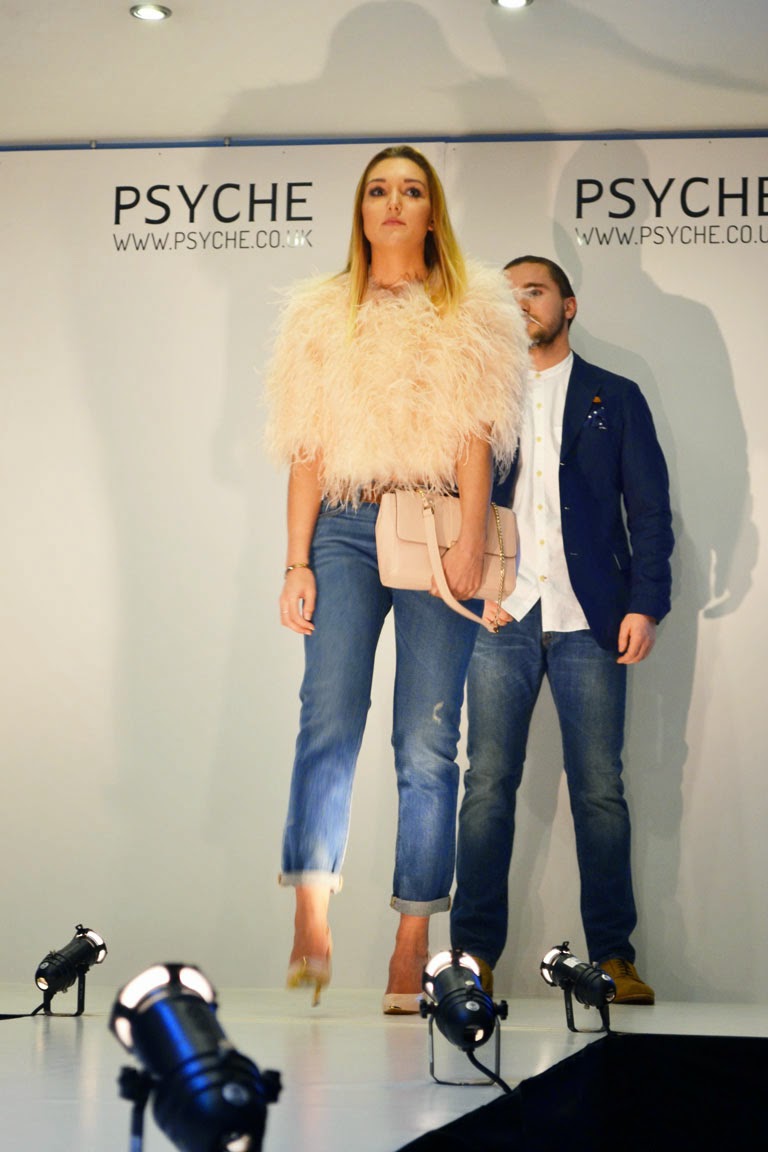 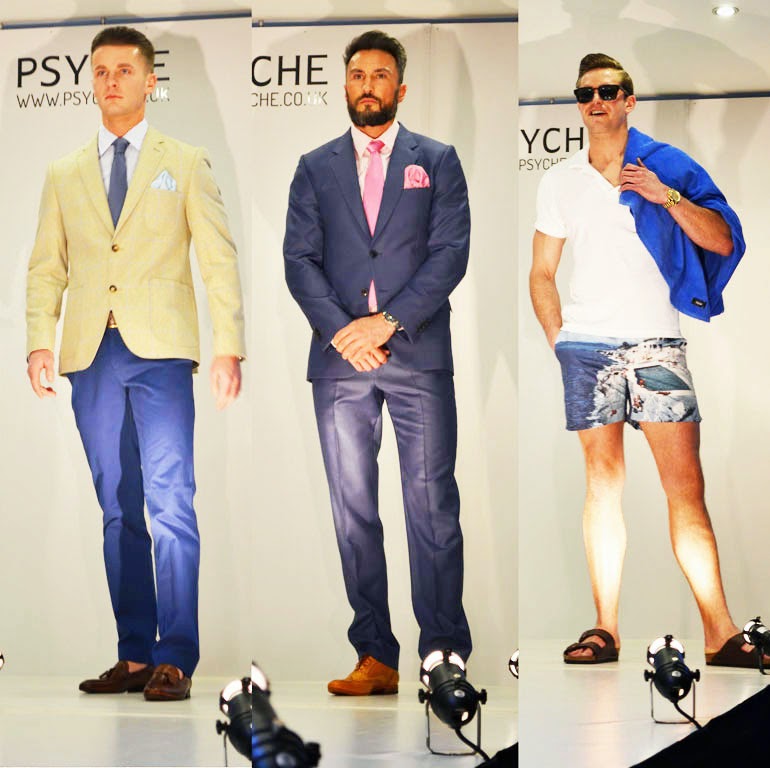 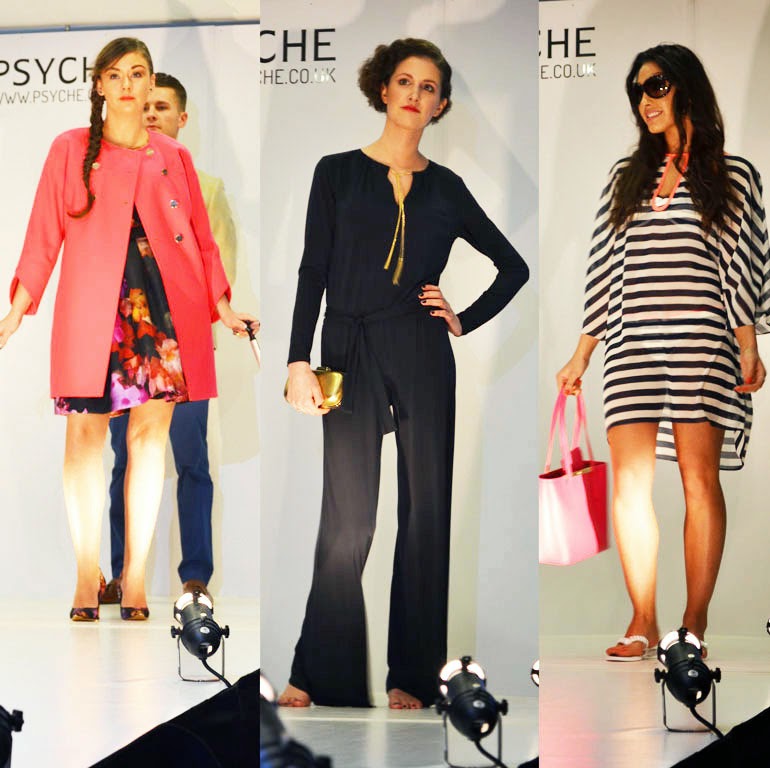 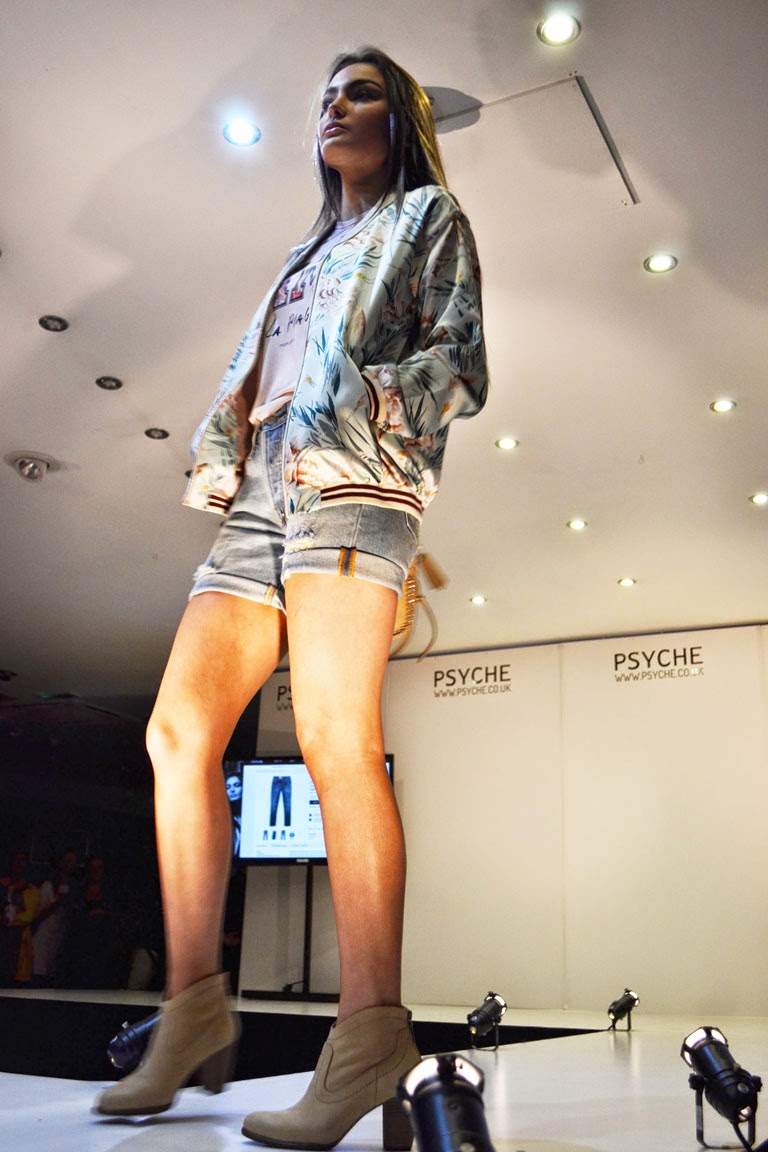 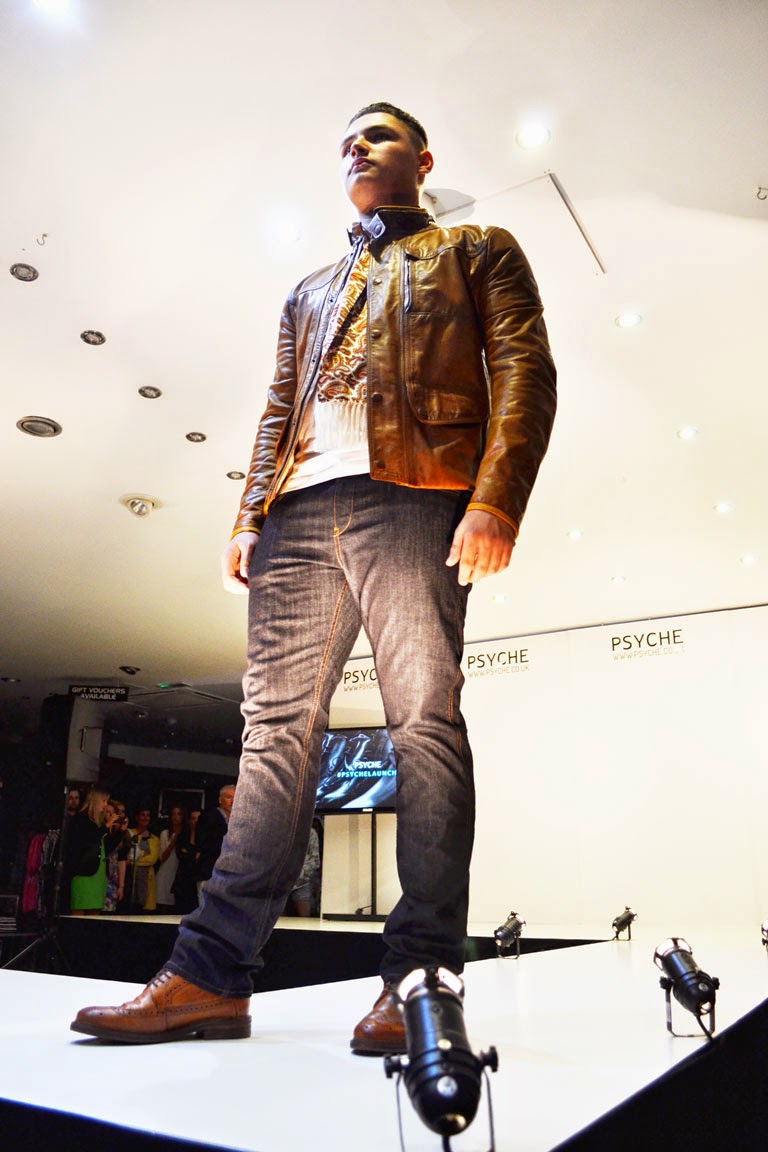 This really was a great evening, with big-dog representatives from Paypal, Google, Amazon and Barclaycard all showing their support for this North East business.

It was lovely to hang out and see some blogger friends – as well as meet some new fellow bloggers too. 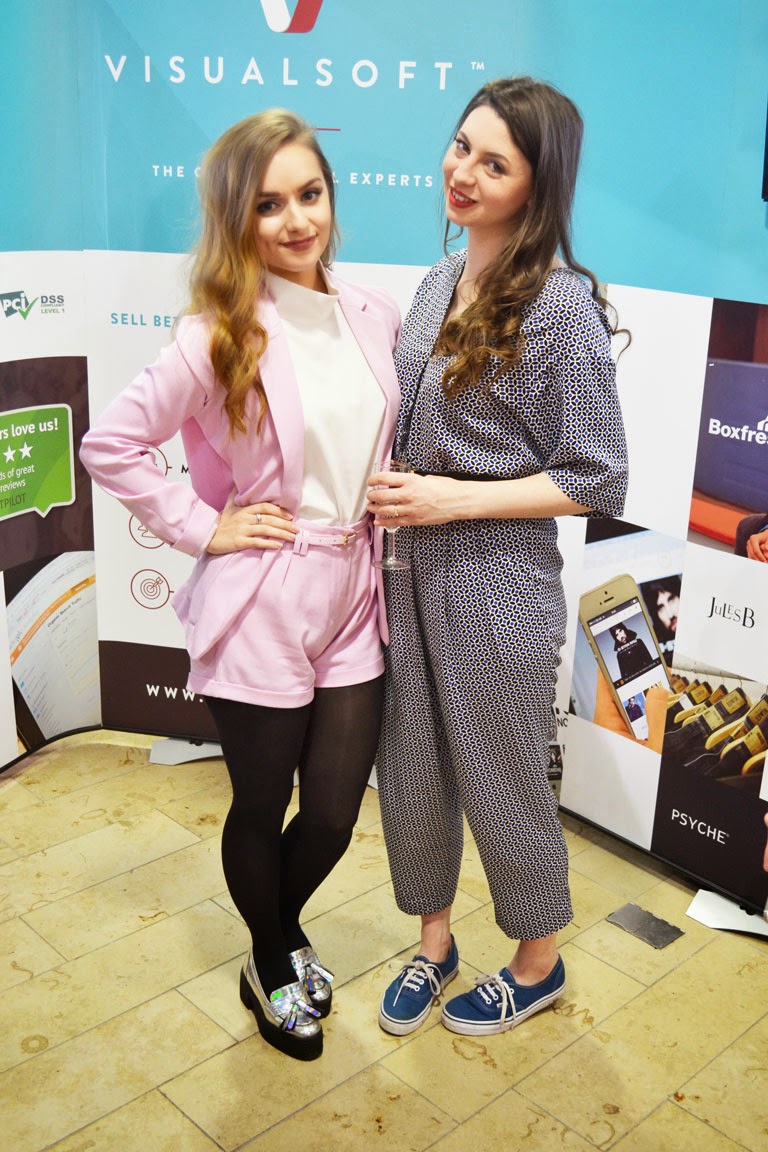 We drank some wine and ate nibbles and then popped upstairs to get our little goodie bags, which were full to the brim of Psyche delights… and an easter egg!! 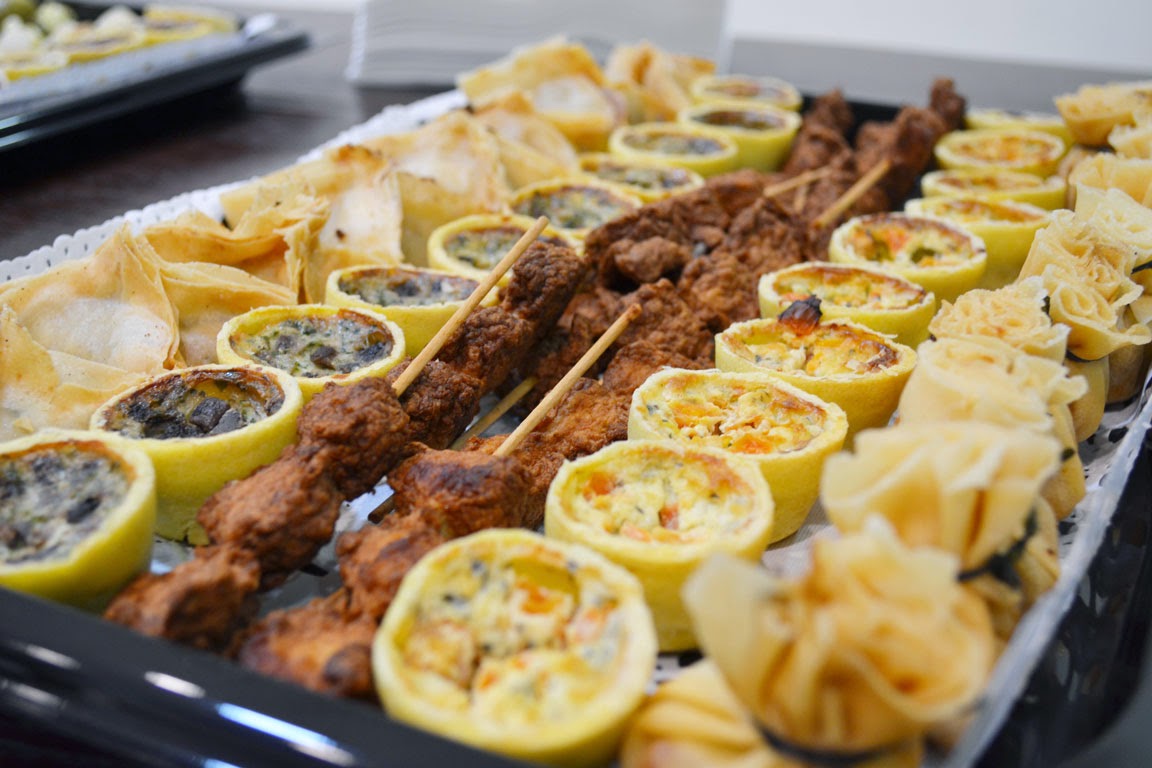 The site is super and really smart. Psyche really have made a mark in the fashion world by winning awards from Drapers,  FHM, GQ and being runner up to Harrods as Store of the Year 2012. With all of these amazing awards behind them. they still felt they were not hitting it with the e-commerce side. Visualsoft have created a cutting edge website and now is their chance to start winning some awards online. 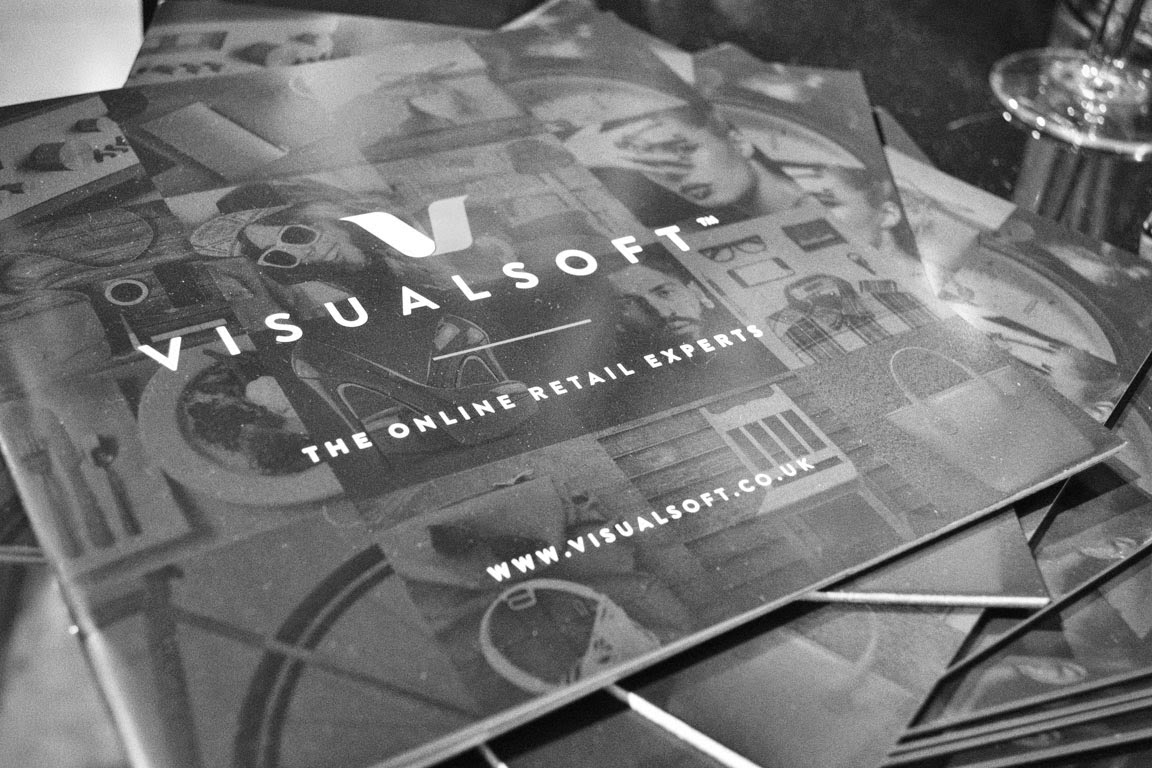 One of the most prestigious stores in Midlesbrough, Psyche have been voted ahead of some huge brands making it into Vogue Magazine’s Top 100 Best British Shops, which makes me super proud that this is in my town.

Make sure you pop over and take a peek at their new site www.psyche.co.uk

Or if you are in the area head on down Linthprore road to Psyche, 175-187  Linthorpe Road, Middlesbrough, TS1 4AG.

Hope you are having a great easter week x

I am the brewer, baker and brains behind the The Tea House Middlesbrough. I set up my little shop 7 years ago after leaving the big city lights of London behind to come back to my roots. As a flourishing independent, which is business brewing up a storm in Teesside, I am in love with my town and what it has to offer. I love supporting new ventures and trying out new places what I share here on The Tea Bee, a life, style & food blog.